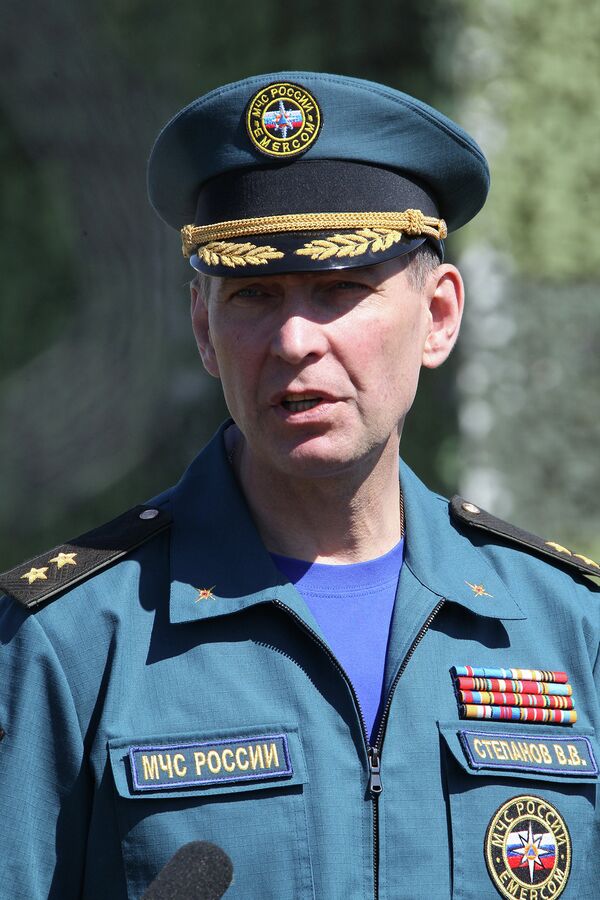 "The number one task at this moment is to help Ukrainian citizens on Russia's territory, to deliver them to the temporary settlements, to provide medical and psychological help, to feed them," Stepanov said, adding that the government was helping with the projects.

"[The work] has been ongoing for more than half a year, and its intensity grows day by day. And that is the top issue on the agenda," he said, adding, “Russia is a leader in providing humanitarian aid worldwide."

Tuesday marks World Humanitarian Day, designated by the United Nations in 2008 to honor humanitarian aid workers who died while carrying out their work.

The Emergencies Ministry collaborates with numerous international organizations, such as the United Nations and its humanitarian and refugee bodies, the World Food Programme, the Shanghai Cooperation Organization (SCO) and the International Committee of the Red Cross (ICRC).

Russia hosts about 58,000 Ukrainian refugees in temporary accommodations across the country. The number increased by almost 6,000 over the past weekend amid ongoing fighting between independence supporters and Ukrainian troops.

In early August, in light of the worsening humanitarian situation in east Ukraine, Russia proposed to the UN Security Council to send an international humanitarian mission with Russian humanitarian aid under the auspices of the ICRC to the troubled Ukrainian regions.

On August 12, 280 trucks carrying about 2,000 tons of humanitarian aid, with 400 tons of grain, 100 tons of sugar, 62 tons of baby food, 54 tons of medicines, 12,000 sleeping bags and 69 mobile power generators set off from the Moscow Region heading toward conflict areas in crisis-torn Ukraine.