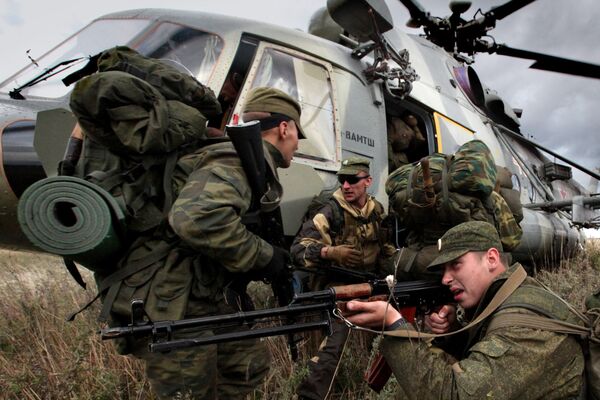 Zhurihe is China’s largest and most modern training base located in the city of Hohhot, in northern China. In late August, it will host the Peace Mission 2014 exercise, running from August 24 to 29. Military personnel from five SCO member states — Russia, Kazakhstan, China, Kyrgyzstan and Tajikistan – will participate in the exercises, totaling 7,000 troops.

Russia earlier dispatched eight Mi-8 helicopter gunships that will back its ground combat troops during the practical phase of the maneuvers.

Col. Gordeyev said the Russian group was busy preparing its hardware ahead of the war games, aimed at honing multilateral decision-making and military cooperation in a bid to ensure regional stability and promote SCO’s agenda worldwide.