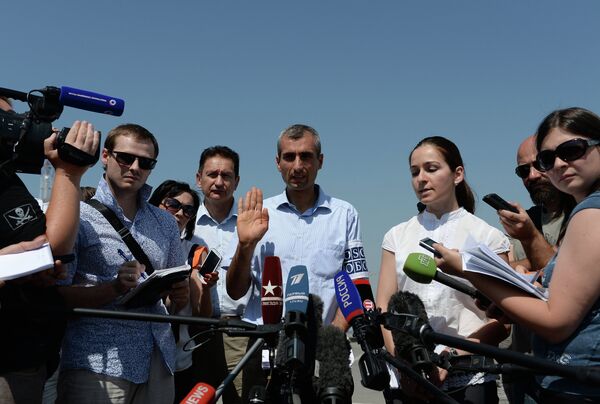 The announcement came soon after a number of foreign news agencies reported that a convoy of military vehicles with Russian license plates had crossed into Ukraine via the Izvarino border checkpoint.

The Russian Defense Ministry refuted the allegations, calling the claims a 'fantasy' that is not worth discussing. The Russian Border Guard Service also stressed that the reports are not based on reality and explained that cross-border regions were indeed being patrolled by mobile teams of border guards, but only on the Russian side of the border.

On August 17, the Special Monitoring Mission (SMM) working in Ukraine under the auspice of the OSCE also could not confirm the reports of Russian military convoys crossing the Ukrainian border.

On August 18, Russian Foreign Minister Sergei Lavrov said that Moscow supports the idea of equipping the OSCE monitoring mission with unmanned aerial vehicles (UAVs) to improve the monitoring of the border.

Kiev launched a special operation in eastern Ukraine in mid-April to suppress independence supporters who refused to recognize the legitimacy of the new authorities. Moscow has repeatedly urged Ukrainian authorities to immediately stop the punitive operation and seek a peaceful resolution to the conflict.