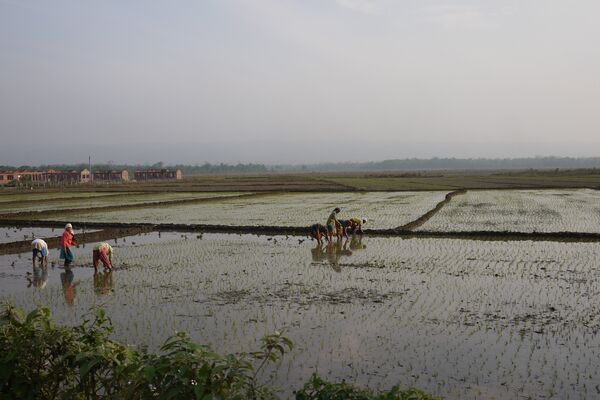 “We will check the rice thoroughly in Fukushima before shipping it overseas, and then the bags will undergo another check in Singapore,” a spokesman for the federation, Zen-noh told Japan Real Time Tuesday.

After a three year ban, some 300 kg of Koshihikari brand rice harvested at Sukagawa city, located in the central part of the Fukushima Prefecture, will be sent to Singapore to be sold in local markets.

The Japanese government banned rice cultivation and export from the Fukushima Prefecture area claiming the fields were badly contaminated. Japan officials stated the chemical zeolite was sprayed in the surrounding areas to absorb radioactive substances and aid in decontamination.

Prior to the March 2011 nuclear disaster at Tokyo Electric Power Co.’s Fukushima No. 1 atomic plant, the Fukushima Prefecture exported some 100 tons of rice per year to locations such as Hong Kong, according to the Japan Times.

The export of fruit produced in Fukushima, has already resumed, with Singapore lifting food bans in May, but rice exports remained banned until now.

“We were able to obtain consent about the safety of our rice from Singapore,” Zen-noh confirmed.

The Fukushima Prefecture region produces 450,000 tons of rice, about 6% of Japan’s total 7.6 million tons according to Oryza.com.

Japan’s Fukushima Daiichi nuclear accident is considered the largest nuclear accident since Chernobyl, involving Tokyo Electric Power Co.’s Fukushima No. 1 atomic plant failure which resulted in a meltdown of three of the plant’s six nuclear reactors. The plant was hit by a tsunami triggered by the Tohoku earthquake causing massive amounts of radioactive material to be released the following day.