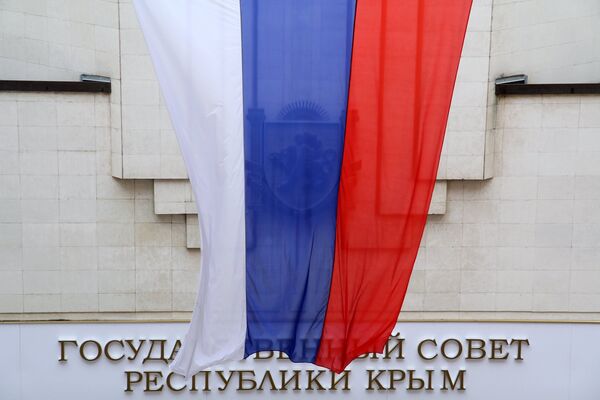 © RIA Novosti . Andrey Iglov
/
Go to the photo bank
Subscribe
Local and parliament elections in Crimea, scheduled for September, will finalize the process of the Black Sea republic’s political integration into Russia, a member of the Crimean Ministers’ Council told RIA Novosti.

SIMFEROPOL, August 19 (RIA Novosti) – Local and parliament elections in Crimea, scheduled for September, will finalize the process of the Black Sea republic’s political integration into Russia, a member of the Crimean Ministers’ Council told RIA Novosti.

“These elections confirm that we are now an integral part of the Russian Federation’s legal system. These elections are extremely important for the Crimean society and the completion of [Crimea’s] political integration that proves that we are already part of Russia, that this process is irreversible and the ties to the Ukrainian past have been severed,” said Ruslan Balbek, deputy chairman of the Ministerial Council.

On September 14, Crimea will vote in its first election for the Republic’s State Council following its re-unification with Russia back in March. Local council elections across Crimean municipalities will be held the same day.

Early elections will be based on a mixed voting system: 50 people are to be picked from party lists and 25 from local constituencies by simple majority. It was earlier agreed to slash the number of seats in the new State Council from 100 to 75.

Ruslan Balbek, an ethnic Tatar, warned that the September elections more likely to be a target for provocations in a bid to undermine the lawfulness of the new authorities.

Crimea, a former Ukrainian republic, refused to recognize the legitimacy of the new authorities in Kiev after the February coup and signed a reunification deal with Russia on March 18, two days after an independence referendum.

The plebiscite saw almost 97 percent of voters in the predominantly Russian-speaking peninsula back Crimea’s accession to Russia. President Vladimir Putin signed a decree on March 21 to ratify the accession treaties with Crimea and its port city of Sevastopol, which enjoys a special status within the region.