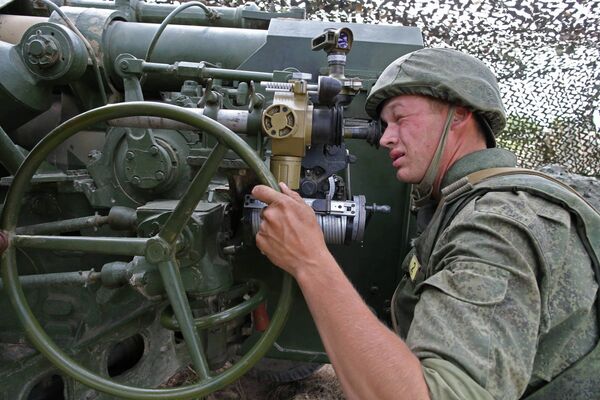 More than 400 Russian servicemen are taking part in the coastal artillery exercises of the Russian Baltic Fleet in Kaliningrad Region, which involve over 60 units of combat equipment, the fleet’s press service reported Monday.

“The purpose of the exercises is to improve the crews’ combat skills, the artillery units’ teamwork abilities, and the commanders’ practical skills in organizing offensive and defensive operations. Crew members will go through all stages of combat training, from individual prep work to joint tasks,” the press service said in a message.

The servicemen participating in the artillery exercises are to complete over 100 training tasks by the end of September. Artillery crews are to operate equipment that includes Giatsint field guns, Grad multiple rocket launcher systems, and self-propelled mobile artillery weapons such as the 2S9 Nona mortar and the 2S1 Gvozdika howitzer. Special attention is to be paid to the training of junior commanders. About 70 percent of the servicemen involved in the Baltic Fleet artillery exercises joined the Russian military as part of the spring 2014 conscription group.

The Baltic Fleet’s main base is in the city of Baltiysk, located in Kaliningrad Region, Russia’s Baltic exclave. The fleet, which is of high strategic importance to Russia, includes a division of surface ships, a brigade of diesel-powered submarines, auxiliary vessels, naval aviation, coastal troops, combat service support and special support units.