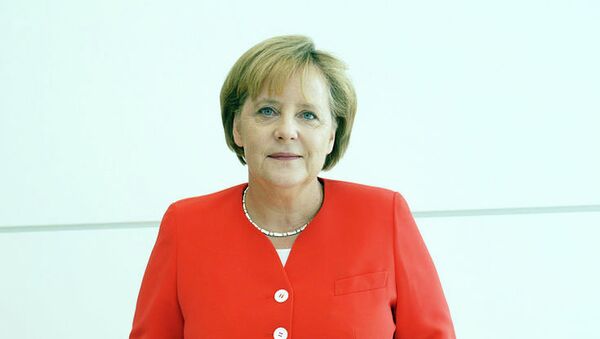 “She [Merkel] expressed hope that the humanitarian convoy will soon reach its destination to help people,” he said in a statement.

Seibert added that the chancellor expressed her concern over the situation in eastern Ukraine.

Earlier this week, Russia sent a humanitarian convoy to Ukraine of 280 trucks carrying about 2,000 tons of humanitarian aid, with 400 tons of grain, 100 tons of sugar, 62 tons of baby food, 54 tons of medication, 12,000 sleeping bags and 69 mobile electrical generators.

On Friday, the Russian Foreign Ministry said Kiev had intensified its military presence to prevent the humanitarian aid convoy from moving along the previously agreed-upon route to the city of Luhansk. The ministry called on all sides of the conflict to declare an immediate ceasefire for the time of the humanitarian operation and international organizations to support Russia’s efforts.

According to the latest United Nations Office for the Coordination of Humanitarian Affairs’ (OCHA) briefing on the humanitarian situation in Ukraine, at least 1,367 people have been killed and 4,087 have been injured since mid-April. More than 1,000 people are reported to be leaving the conflict zone daily. Over 117,000 people have been displaced throughout Ukraine, with 87 percent of them being from the east of the country.