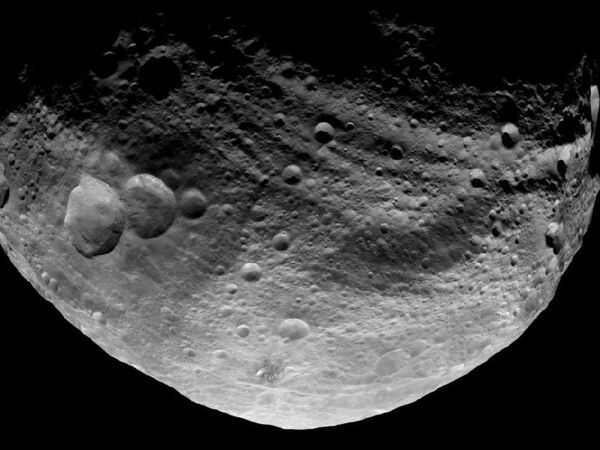 © NASA
Subscribe
Space cooperation and even asteroid defense agreements between the United States and Russian governments have been sacrificed as a result of poor international relations, but according to a spokeswoman for the private space foundation, B612, those political tensions will not change the future possibility of the pursuit of private partnerships with Russia.

WASHINGTON, August 15 (RIA Novosti) - Space cooperation and even asteroid defense agreements between the United States and Russian governments have been sacrificed as a result of poor international relations, but according to a spokeswoman for the private space foundation, B612, those political tensions will not change the future possibility of the pursuit of private partnerships with Russia.

“Russia has a great space program. Currently, as a private entity, we don’t have any collaboration but it doesn’t mean we might not in the future,” Diane Murphy of B612 told RIA Novosti on Friday. “We have not had discussions with any Russian entity, not that we might not want to.”

The B612 Foundation is working towards the launch of its Sentinel Mission, a deep space telescope that will be capable of identifying asteroids that may threaten Earth. In late July, as a result of political tensions over Ukraine and Crimea, the governments of Russia and the United States called off an agreement signed last September for increased cooperation in nuclear and energy-related science research. The agreement included defense from asteroids.

“I think it’s just very unfortunate that other politics that have nothing to do about space impact our ability to work together on these very important items,” noted Murphy. Currently, the identification of threatening asteroids by NASA only takes into account 1 percent of the population of asteroids that are approximately 140 meters in size and large enough to destroy a city. B612 saw the magnitude of the threats from space and while public, government institutions were unwilling to prioritize funding for the endeavor, B612 found private sponsors who would.

“The founders, who are two astronauts felt that this is very important,” said Murphy of B612 co-founders and former astronauts Ed Lu and Rusty Schweickart. “Because if you look at all the different natural disasters...nobody knows how to solve them.”

“But this is one where we know how to move them. If you find an asteroid, hopefully a decade in advance, which this telescope [Sentinel] would do...it could determine the trajectory they’re on and then would have time to move them,” she continued.

Following the surprise Chelyabinsk meteorite that entered the Earth’s atmosphere in February 2013 causing significant damage, the department for Civil Defense and Emergencies and Russian Federal Space Agency (Roscosmos) announced plans to improve Earth’s defense against such threats. These plans included ground based and space based telescopes. The September agreement with the United States was also viewed as an international part of this effort.