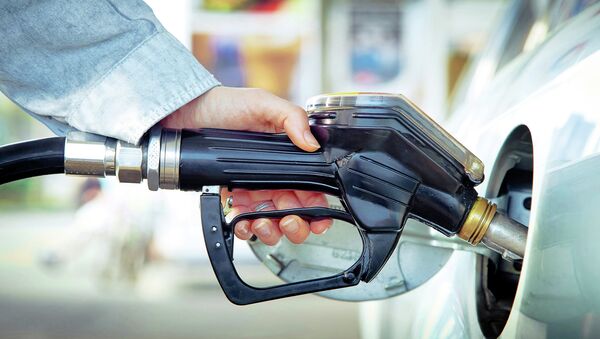 © Fotolia / Sandor Jackal
Subscribe
A report by the Environmental Integrity Project (EIP) on August 13 discloses that 351 wells across 12 states in the United States were fracked with the unauthorized use of diesel fuel that pose severe risk to human health.

MOSCOW, August 14 (RIA Novosti) -A report by the Environmental Integrity Project (EIP) on August 13 discloses that 351 wells across 12 states in the United States were fracked with the unauthorized use of diesel fuel that pose severe risk to human health.

“EIP identified numerous fracking fluids with high diesel content for sale online, including over a dozen products offered by Halliburton [a US oilfield services company]. Operators are clearly buying these products without obtaining permits to use them,” the EIP report released Wednesday read.

EIP, an NGO that advocates the enforcement of environmental law, investigated 33 companies across 12 states based on data provided by the industry to FracFocus, a fracking chemical disclosure registry, and the US Environmental Protection Agency (EPA).

As recently as February the fracking industry insisted that diesel fuel is no longer used in fracking without authorization, yet closer inspection showed that 351 fracking wells used diesel without possessing Safe Drinking Water permits. In June, the US Government Accountability Office also compiled a report indicating the lack of permits.

Texas, Colorado and North Dakota were among the states with the highest volumes of diesel fuel used.

“Fracking with diesel fuel can pose a risk to drinking water and human health because diesel contains benzene, toluene, and other chemicals that have been linked to cancer and other health problems,” the EIP report reads.

While a mandate under the Safe Drinking Water Act allows the EPA to regulate the use of diesel fuel, US Congress exempted fracking fluids from the act in 2005, referred to as the “Halliburton Loophole.”

According to the EIP report, up to 30 explosions from a fracking-related mishap at a well site in Clarington, Ohio on June 28 led to the uncovering of 9,000 gallons of diesel among the fracking supplies at the site.

“Unfortunately, diesel fuels are not the only fracking fluids that pose significant threat to human health, which is why the Halliburton Loophole is both wrong and potentially dangerous,” the EIP report states.

The report calls upon the EPA to further investigate the 351 fracking wells identified and urges operators to voluntarily agree to disclose information on their fracking products, stating that “companies that continue to supply diesel-containing fracking products should be required [by states] to label their products and notify operators of the need to obtain permits prior to fracking.”

Fracking in the US is going through a boom, causing great environmental concern. In the first half of this year the United States overtook Saudi Arabia and Russia to become the world’s largest oil producer, with 11 million barrels of oil extracted every day, according to News Week statistics reported this July.