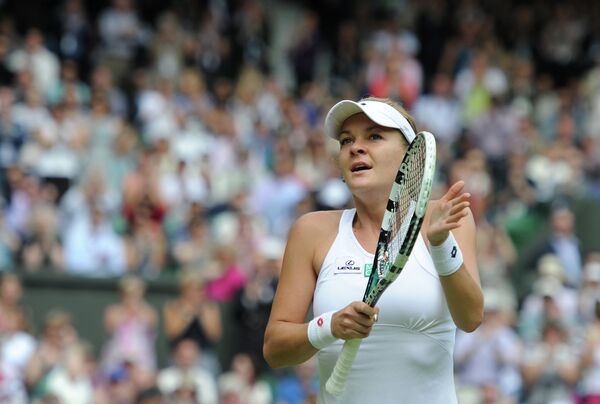 On August 2014 Forbes USA has published the World’s Highest-Paid Female Athletes List, and Maria Sharapova tops it for the tenth consecutive year.

Ten women of eight different nationalities, the majority of whom are tennis players, earned a collective $142 million.

Maria Sharapova netted a total of $24.4 million - $22 million of it being endorsements – despite sustaining an injury and playing only one match in the second half of 2013, which had a detrimental effect on her earnings.

Winning the Australian Open resulted in a massive bonus from her endorsement partners, making Chinese tennis player Li Na second only to Sharapova in terms of earnings – a total of $23.6 million.

Having earned $22 million, Serena Williams, Sharapova’s long-time rival, occupies the third position in Forbes’ list. While her career prize money tops that of her Russian rival, Williams could not compete with her in terms of endorsements.

South Korean Kim Yuna who won silver at the Sochi Olympics in February scored fourth in the Forbes’ rating with $16.3 million in earnings. Often referred to as Queen Yuna, she didn’t finish a single competition in her career off the podium.

Belarus tennis player Victoria Azarenka is the sixth. Despite sustaining several injuries this year, her performance in 2013 prompted large bonuses from her sponsor Nike and driving her earnings to $11.1 million mark.

Number seven is Caroline Wozniacki, a professional tennis player from Denmark. Having won the Istanbul Cup in July and having secured one of the richest deals in sport with Adidas last year, Wozniacki earned a total of $10.8 million.

Eighth is Agnieszka Radwanska with $6.8 in earnings. Currently ranked #5 in the world by the Women’s Tennis Association, this year she became the first sports endorsement of the US restaurant chain Cheesecake Factory.

Ana Ivanovic from Serbia is number nine. Ranked #1 in the world in 2008 and currently being ranked #10 in WTA rankings for singles, she earned a total of $6.4 million.

And the final slot in the top 10 of the highest-paid female athletes is occupied by Paula Creamer, an American professional golfer on the US-based Ladies Professional Golf Association tour and the 2010 U.S. Women’s Open champion. Having won the HSBC Women’s Open Champions tournament in Singapore on March 2, the woman known also as the Pink Panther secured a total of $5.5 million in earnings.