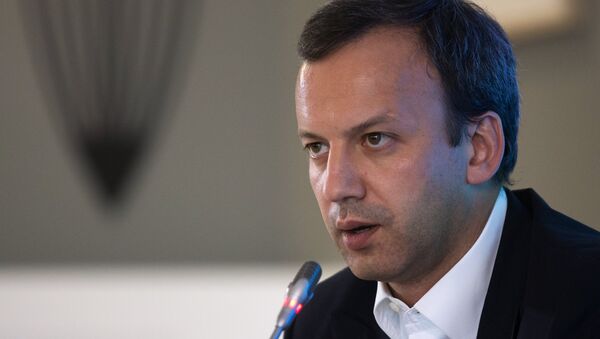 © Sputnik / Igor Russak
/
Go to the photo bank
Subscribe
The Russian authorities will exclude allergen-free products, seeds and diary supplements from the list of goods banned for import from states that sanctioned Moscow, a Russian deputy prime minister said Thursday.

“It was confirmed today that the list of products banned for imports in Russia needs to be amended, namely [to exclude] lactose-free milk, goods for people with diabetes or allergies, certain biologically active dietary supplements, as well as seeds and baby fish," Arkady Dvorkovich said.

The deputy prime minister said the list will be amended shortly after the initiative is approved by the president and the prime minister.

Last week, Russia introduced a one-year ban on food and agricultural imports from the countries that imposed sanctions against Moscow over its stance on the crisis in Ukraine.

Russia has started talks with other countries to possibly increase food exports to Russia. Ecuador, Mexico, Brazil and Argentina, among others, have expressed readiness to boost deliveries of foodstuffs to Russia.

Russia is now developing substitution programs as a protective Russian countermeasure in response to Western sanctions. However, the programs are not intended to hurt Russia’s Western partners, according to Russian Deputy Prime Minister Dmitry Rogozin.

The Russian Ministry of Industry and Trade said it has drafted a program aimed at substituting imports of Ukrainian-made components with Russian-made military equipment. The ministry estimated that the Russian defense industry would be able to replace Ukrainian imports completely by 2017. Chinese military goods were also named as a potential alternative to deliveries from Ukraine.

The sanctions imposed by Western countries have also forced Russia to expand production of military spacecraft and develop an import-substitution strategy for the domestic production of spacecraft.

The United States and European Union have been imposing sanctions on Russian officials and companies since Crimea’s reunification with Russia in March, accusing Moscow of meddling in Ukraine’s internal affairs.