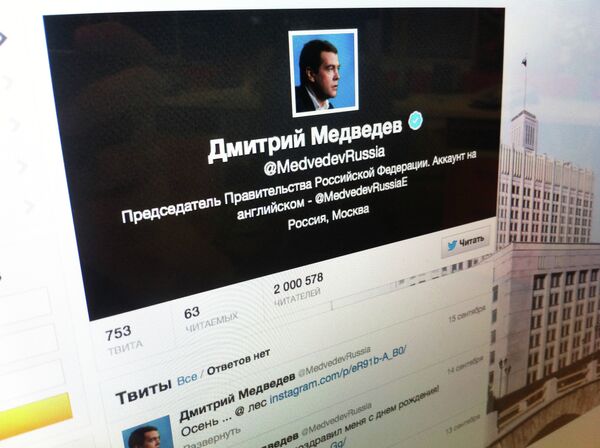 “[Medvedev’s] Twitter was hacked, the tweet on his resignation is false. We’re working on the problem,” the press service said.

Medvedev’s press secretary Dmitry Peskov said it was most likely a hacker attack.

“I don’t have any information, but I’m pretty sure that this was a hacker,” Peskov said.

The press service said they are investigating the technical aspects of the attack, while the details are at present unknown. The posts made on Thursday after the hacking of the account have been deleted.

Medvedev assumed the post of prime minister on May 8, 2012, after serving as the third president of the Russian Federation from 2008 to 2012.