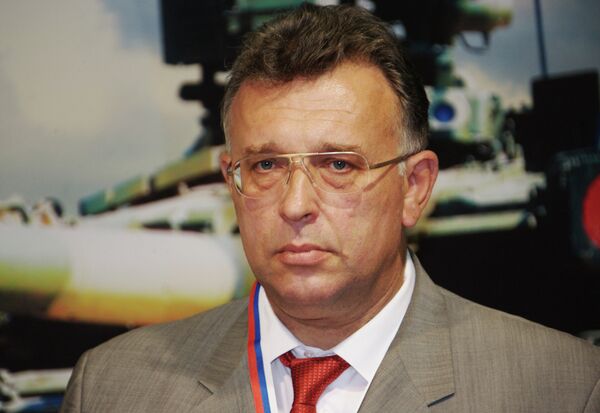 “There is an idea of working in cooperation with the UAE to produce weapons," Sevastyanov said Wednesday.

The deputy added that the replacement of European components could take up to take a year.

“The replacement of the components that we purchase in Europe could take a year, maximum,” Sevastyanov said.

Following the crisis in Ukraine, Russia has been taking measures to replace imports from the crisis-torn country, including in the defense sector, in which several joint projects have been frozen. The sanctions imposed by Western countries, including the European Union, have also forced Russia to look for substitutes in several other industries.

Overall, Russian officials believe the implementation of Russia’s large-scale military rearmament program through 2020 will not be materially affected by the situation in Ukraine and its aftermath.

One of the projects jeopardized by the EU sanctions against Russia is the construction of Mistral-class helicopter carriers. Russia and France signed a $1.6 billion deal for two Mistral-class warships in June 2011. Western countries, including the United States and the United Kingdom are pressuring Paris to break the deal in light of the Ukrainian crisis.

Rogozin said Russia needs high-tech spacecraft, which “will provide consumers in all regions of Russia with all types of communication, navigation, geodesy and cartography.”

The substitution program is a protective Russian countermeasure in response to recent Western sanctions, but is not devised to hurt Russia’s Western partners, Rogozin said.

The United States and European Union have been imposing sanctions against Russian officials and companies since Crimea’s reunification with Russia in March, accusing Moscow of meddling in Ukraine’s internal affairs.