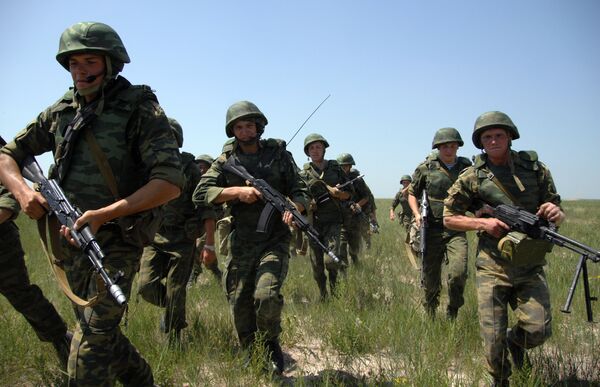 “In accordance with the 2014-2016 CIS member-state relations development program in counter-terrorism other extremist manifestations, Belarus, Russia and Kazakhstan will hold the joint ‘Jetysu-Antiterror 2014’ exercise within their borders in August-September 2014,” the SSA press release said.

Belarus’ SSA and State Border Committee will be assisted by specialists from Russian state-run nuclear agency Rosatom. Together, they will practice investigative techniques and other operations to counter the threat of terrorists attempting to transfer radioactive materials through Belarusian borders, the SSA press service said.

Following the Belarusian stage of the drills, Russia’s Federal Security Service (FSB) is to continue practicing the identification and arrest of “terrorists” and their “associates.” The Kazakh special services are then scheduled to do the same.