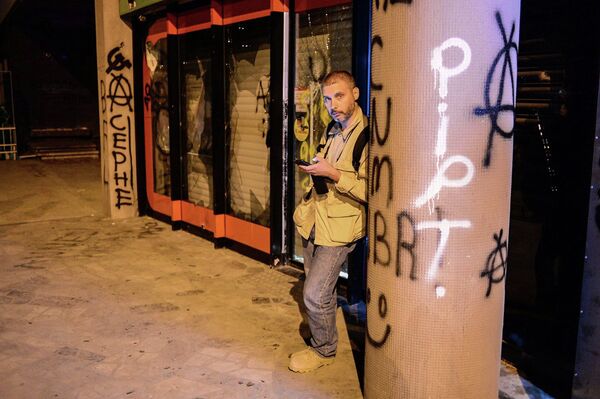 "We don't have anything specific to say beyond expressing the hope that he will be found and will be safe," Deputy Spokesman for the Secretary-General Farhan Haq told RIA Novosti Monday.

Andrei Stenin, who was working in Donetsk, Slaviansk and other eastern Ukrainian cities, went missing on August 5. On August 8, an informed source told RIA Novosti that the photographer was being held by the Security Service of Ukraine (SBU) in the Zaporizhia Region in southern Ukraine. A spokesman for the local SBU office denied the information.

Rossiya Segodnya Director-General Dmitry Kiselev called for the release of the agency’s photographer and emphasized the humanitarian nature of Stenin’s work. Kremlin spokesman Dmitry Peskov said that Russia was making all possible efforts in coordination with the corresponding agencies to secure Stenin’s return.

On August 9, Rossiya Segodnya submitted an application to the Ukrainian Interior Ministry with a request to take urgent measures to find Stenin. The office of the OSCE Representative on Freedom of the Media said earlier that it was checking reports on Stenin’s disappearance. The Russian Embassy in Ukraine is looking into the circumstances of the incident. The American Committee to Protect Journalists (CPJ) is also investigating the case.