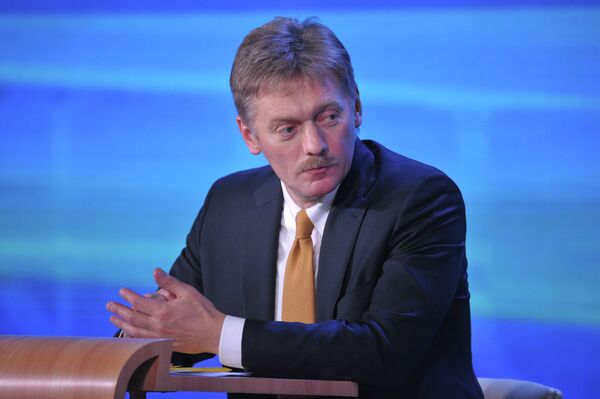 © RIA Novosti . Alexei Nikolski
/
Go to the photo bank
Subscribe
Kremlin spokesman Dmitry Peskov said Moscow has a wide range of possible responses to Western sanctions under the rules of the World Trade Organization that can be used by any member.

SOCHI, August 11 (RIA Novosti) – Kremlin spokesman Dmitry Peskov said Moscow has a wide range of possible responses to Western sanctions under the rules of the World Trade Organization that can be used by any member.

“There is a whole range of measures and defined tools within the WTO which, of course, each WTO member state has the right to use. Countries have begun using these tools and other countries have the right to use the necessary argumentation for explanations of one or another action,” Peskov said.

“Russia is a member of the WTO, and as a WTO member, Russia will also use all of its possibilities that are provided for within the framework of this organization,” the press secretary said.

Peskov declined to comment on an "oil-for-goods" deal with Iran and said that possible US sanctions against Russia are not a constraint for Moscow to cooperate with other countries.

“The US threatens sanctions for practically anything Russia does; this is not a restraining factor,” Peskov said.

Last week, Russian Minister of Agriculture Nikolai Fedorov said Moscow is prepared to argue its case in limiting food imports from a number of Western countries and stand its ground in the WTO.

Russian President Vladimir Putin signed an order on economic measures to protect the country’s security on August 7. The decree banned the import of agricultural and food products from countries that have imposed sanctions on Russia for a year. The complete “blacklist” of food imports from Australia, Canada, the European Union, the United States and Norway includes meat, poultry, fish, seafood, milk, dairy products and fruits and vegetables.

A number of European countries such as Poland and Lithuania have already announced their plans to file complaints in the WTO over the Russian ban.