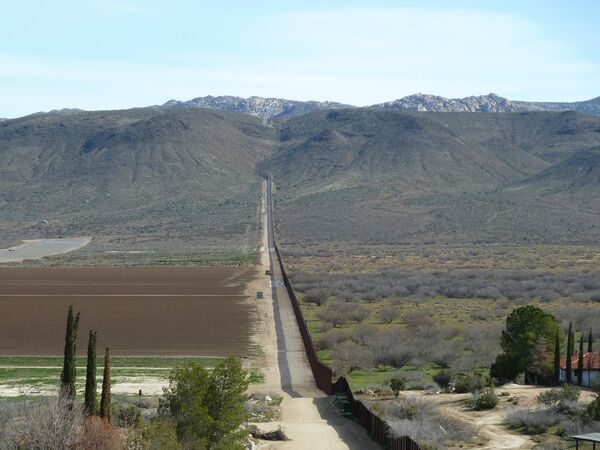 © RIA Novosti . Maria Tabak
Subscribe
US Republicans are pushing for tougher border control and more deportations of Central American children flowing into the US across the Mexican border.

MOSCOW, August 11 (RIA Novosti) – US Republicans are pushing for tougher border control and more deportations of Central American children flowing into the US across the Mexican border.

Back in 2012, US President Barack Obama’s administration adopted the Deferred Action for Childhood Arrivals (DACA) memorandum, granting some young unauthorized immigrants temporary protection from deportation. Republican Senator Ted Cruz blamed the policy for the flood of young immigrants, claiming “what is causing this humanitarian crisis is that these children believe that they will be granted, in the future, amnesty”.

Counter to Senator Cruz’s claim, in an August 5 article USA Today columnist Kirsten Powers argued that the crisis is due to dangerous conditions in Central America and has nothing to do with US legislation.

Powers also wrote in her column that the Democrat-controlled Senate and the president are unlikely to let Republicans take away funding for DACA, and accused the party of “continuing to foment fear of … desperate children”.

Heidi Altman, the legal director of the Capital Area Immigrants’ Rights (CAIR) Coalition, told Powers that the GOP bill was asking Central American minors fleeing violence “to prove to a judge that they are likely to be eligible for legal status in the US, with seven days or less to prepare their defense. It’s a test that sets children up to … be deported.”

On August 2, House Republicans passed a $694 bill that would deploy the National Guard to the Mexican border and boost deportations. The legislation, however, could not be approved by the Senate, which is currently in recess until September. A day earlier, President Obama told the press in the White House briefing room that he was going to “Have to make some tough choices to meet the challenge, with or without Congress," referring to the Republicans’ initiative. Back in July, Obama himself requested $3.7 billion to resolve the border crisis.

A study by Reuters shows that almost 63,000 minors have flooded the US border since October 2013, including 46,307 to the Rio Grande Valley of southern Texas. The children are escaping crime and poverty in their native countries. Approximately 29 percent of unaccompanied migrant children are fleeing Honduras, which has a homicide rate of 90.4 per 100,000 people, reportedly caused by the expansion of Mexican cartels into its territory. Other Latin American countries are facing a similar situation. Most of Central America is experiencing severe poverty, with Honduras again having the most striking proportion of people living below the poverty line, at 66.2 percent. The indicator is not significantly better in Mexico or Guatemala, with levels exceeding 50 percent.