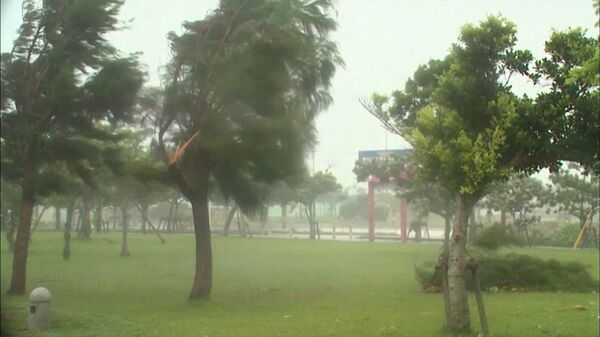 Typhoon Halong, raging over southern Japan for the past days, was downgraded to a tropical storm on Saturday and headed toward the Sea of Japan, according to Japan Meteorological Agency.

A special warning calling for evacuation due to the heavy rain and squally wind was issued for 1.25 million residents, according to NHK.

Japan’s leading airlines on Sunday cancelled 309 flights, after nearly 500 more cancelled on Saturday. Over 3,500 houses were left without power.

The Meteorological Agency on Saturday has issued a special warning for Kii Peninsula’s southern Mie Prefecture on the Honshu Island. Such warning implies that the natural disaster, which occurs once in dozens of years, is likely to cause heavy damage and casualties. The storm alert has also been issued for the Shikoku Island, as well as for the regions of Kyushu, Tokai, Kanto, Hokuriku and the western part of Japan’s main island Honshu.