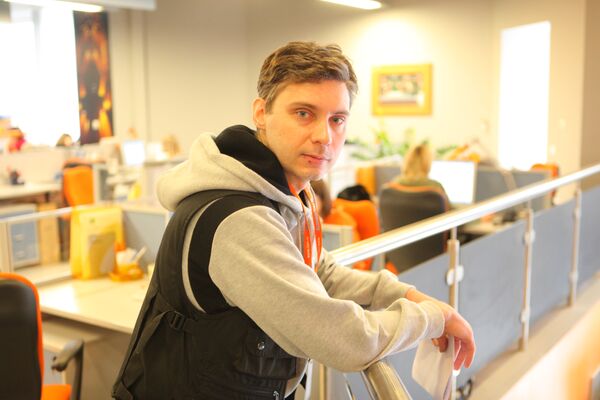 “Of course, journalists and all other media employees should have free access to news because we, citizens, have the right to receive accurate and objective information… Of course, it is necessary to carry out negotiations and to seek the release of these illegally detained people,” Lyudmila Alexeyeva told RIA Novosti.

Earlier, Russia Program Director at Human Rights Watch, based in Moscow, Tanya Lokshina said that Ukraine’s east gripped by a conflict had turned into a trap for journalists and Russian Union of Journalists Chairman Vsevolod Bogdanov called another alleged detention of Russian reported in Ukraine "an act of cynicism" on the part of the Ukrainian authorities, ‘which have something to hide.”

Russian singer Joseph Kobzon believes that Stenin was fulfilling his duty and should be released.

“Murders of journalists, their detentions and arrests are all examples of outrageous behavior of the Kiev junta, such aggressors as [Dnipropetrovsk Region Governor Igor] Kolomoisky. If your journalist was arrested, he should be released, as he was carrying out his duty,” Kobzon told RIA Novosti.

Stenin, who was working in Donetsk, Slaviansk and other eastern Ukrainian cities, went missing on August 5.

An informed source told RIA Novosti on Friday that Stenin was being held by the Security Service of Ukraine (SBU) in the Zaporizhia Region in southern Ukraine. A spokesman for the local SBU office denied such reports.