Russia Forces US Submarine Out of Boundary Waters 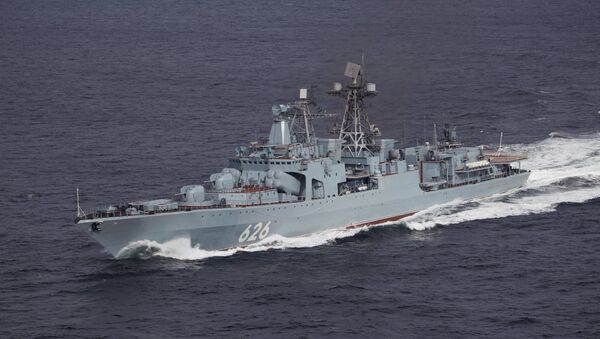 "On August 7, 2014, the patrol forces of the Northern Fleet detected a foreign submarine, supposedly a US Navy Virginia-class one, in the Barents Sea. A seaborne anti-submarine group, as well as an anti-submarine airplane Il-38, was sent to the region to search and track it down," the source said.

The Russian navy forced the submarine out of Russian waters after a 27-minute contact.