Russia-Azerbaijan Relations 'On the Rise' - Putin 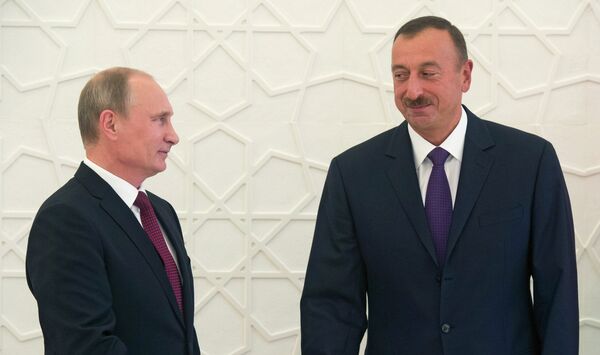 The relations between Russia and Azerbaijan are on the rise, and the trust between the two nations is getting stronger, Russia's President Vladimir Putin Saturday.

BOCHAROV RUCHEY (SOCHI), August 9 (RIA Novosti) - The relations between Russia and Azerbaijan are on the rise, and the trust between the two nations is getting stronger, Russia's President Vladimir Putin Saturday.

"Our relations are developing, and they are on the rise. We constantly keep in contact at our level, at the level of the governments. Economic, humanitarian ties are being developed, as well as some things we had never had before, we actively collaborate in several other areas. This is an element of trust, which is constantly being strengthened in our bilateral contacts," Putin said while meeting his Azeri counterpart Ilham Aliyev.

"We perceive Russia as one of our major partners on the international stage. We are committed to decisively grow the collaboration potential," Aliyev said.

Both leaders agreed to try to find a solution to the Nagorno-Karabakh conflict, the subject of an unresolved dispute between Azerbaijan and Armenia, which left some 30,000 people dead in the 1990s. A ceasefire was agreed on in 1994, but a permanent peace deal still has not been signed.

Tensions along the contact line of Nagorno-Karabakh with Azerbaijan have been running high over the past few days. The ceasefire regime in the region has been violated several times, leading to casualties.