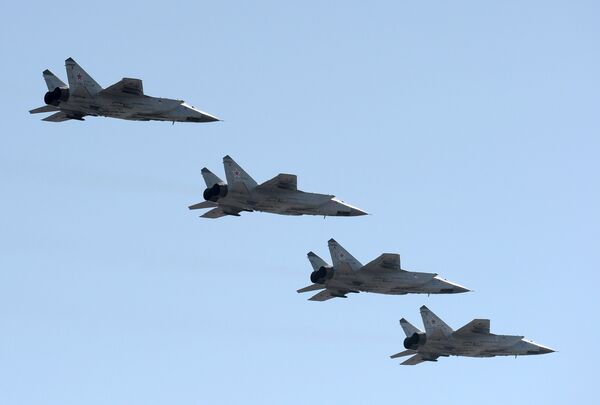 The production of MiG-31 interceptor aircraft should resume, as they could prove effective for another 15 years, Russian Deputy Prime Minister Dmitry Rogozin said Friday.

“The aircraft had no rivals. That was the opinion of the Military-Industrial Commission, the Defense Ministry, the industry on the whole and even the State Duma, which used to hold special hearings on the subject of the interceptor. The production should be revived, as the jet is being upgraded. This fighter will certainly be effective for another 15 years, with its various modifications that are up to today’s military requirements,” Rogozin said.

The deputy prime minister went on to say that he believed the aircraft had big export potential and expected high demand for the MiG-31.

The MiG-31 is a long-range supersonic interceptor aircraft based on the MiG-25. The MiG-31 went into production in 1979, with some 500 delivered. In 1994, production of the jets was curtailed.