Britain Says 'No Grounds' for Russian Retaliation Against West 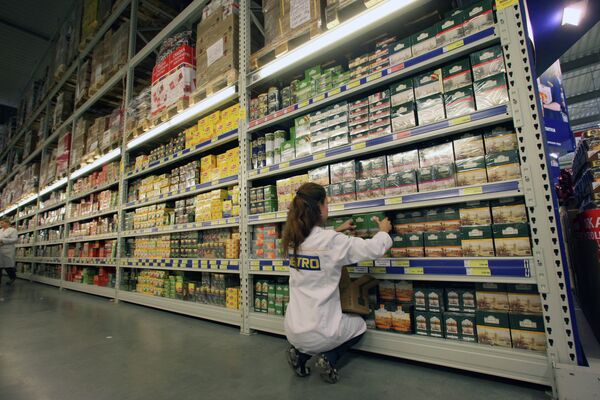 © RIA Novosti . Igor Zarembo
/
Go to the photo bank
Subscribe
There are no grounds for Russia to impose retaliatory sanctions against Western countries, a British Foreign and Commonwealth Office official told RIA Novosti.

“There are no grounds for Russia to impose these sanctions. We have been pushing for a strong and determined international response to Russia’s unacceptable behavior in Ukraine. We have been clear that we are prepared to play our part and that there will be some costs, but this does not diminish our commitment. Instead of retaliating, Russia should be using its influence with the violent Russian-backed separatists to stop destabilizing Ukraine,” the official said.

On Wednesday, Russian President Vladimir Putin singed an order on economic measures to protect the country's security. The decree banned for a year imports of agricultural and food products from countries that have imposed sanctions on Russia.

The complete “blacklist” of food imports from Australia, Canada, the European Union, the United States and Norway was announced Thursday. The list includes meat, poultry, fish, milk, dairy products, as well as fruits and vegetables. The embargo does not include infant foods and products. Moscow has said that it is ready to review the terms of these restrictions if its Western partners demonstrate behaviors constructive to cooperation.

In July, the European Union and the United States announced new economic sanctions against Russia amid the Ukrainian crisis.

The 28-member bloc imposed a third round of penalties that limited Russian state-owned financial institutions' access to EU capital markets, imposed an embargo on trade in arms, established an export ban for dual-use goods for military end-users and curtailed Russian access to sensitive technologies, particularly in the oil sector.