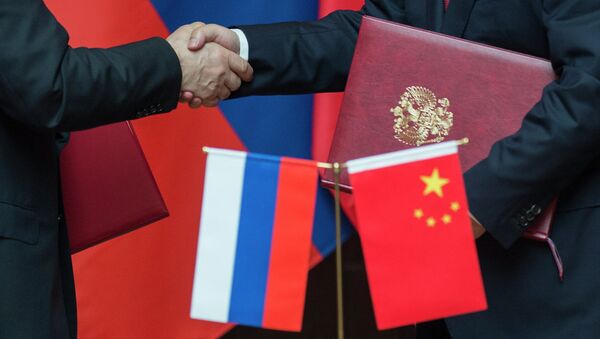 “We do work with the China Aerospace Science and Industry Corporation (CASIC) … Its institutions have already offered us a few dozen items, representing a direct alternative to, or slight modifications of the elements we will no longer be able to acquire because of the sanctions introduced by the United States,” Izvestia reported.

The newspaper also noted that the Russian aerospace and military industries do not use components produced in China at the moment.

“Over the next two, two-and-a-half years, until Russian manufacturers put the necessary space and military electronic components into production, plans call for the purchase of such items from China amounting to several billion dollars” Izvestia reported, quoting a source, close to Roscosmos.

Citing the source, the newspaper added that that 18 representatives of 12 CASIC institutions engaged in the development and production of electronic components will visit Moscow to take part in a special workshop for Russian manufacturers in August. A parallel workshop will be held in St. Petersburg.

On August 1, The European Union and the United States imposed a new set of economic sanctions against Russia, linking it to the ongoing conflict in Ukraine. The sanctions are designed to limit access to European capital markets for a number of Russian banks. Earlier, Washington had slapped sanctions on several Russian defense industry and energy companies.