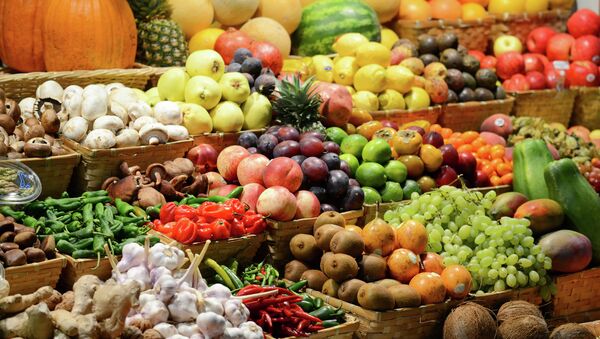 Russia’s agricultural watchdog, Rosselkhoznadzor, said it will hold consultations on Thursday with several Latin American countries on expansion of their food supplies to Russia.

"Meetings with diplomats from Ecuador, Brazil, Chile and Argentina will be held on August 7. They will focus on possibility of expanding food supplies from these countries to the Russian market," the Federal Service for Veterinary and Phytosanitary Surveillance said.

Rosselkhoznadzor said it has lifted restrictions on Brazilian producers which have shown their interest towards boosting supplies of dairy products to Russia.

The Brazilian side on Tuesday at talks with Russian representatives said it planned to expand supplies of meat, by-products and dairy products to Russia. Brazil said it was ready to provide guarantees on compliance with the demands and the norms of the Customs Union.

"Taking into consideration the results of the negotiations and the interest shown by Russian importers, and accepting the guarantees of Brazil’s veterinary service, Rosselkhoznadzor believes it is possible to lift temporarily restrictions on a range of Brazilian enterprises engaged in livestock production," the watchdog said.

The announcement comes after President Putin ordered the government on Tuesday to think of counter-measures to the most recent of EU and US economic penalties. Putin urged the cabinet to make sure that the steps taken to support domestic manufacturers are "without detriment to consumers."