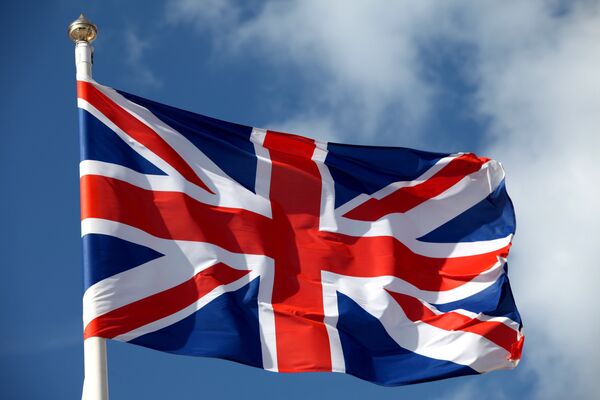 © Stefan Ataman
Subscribe
UK companies trading in Russia are remaining “philosophical” about the imposition of Western-led sanctions, the head of the Russo-British Chamber of Commerce (RBCC) in London had told RIA Novosti.

LONDON, 05 August, (RIA Novosti), Mark Hirst – UK companies trading in Russia are remaining “philosophical” about the imposition of Western-led sanctions, the head of the Russo-British Chamber of Commerce (RBCC) in London had told RIA Novosti.

“Many UK companies who have done business in Russia for a long time are quite philosophical about the market there,” SAID Trevor Barton, a former Royal Naval officer and currently Executive Director of RBCC. “They have experienced a lot of ups and downs over the years and it’s never been the easiest market in the world, so companies have to be quite robust to do business there anyway.”

Barton’s comments came after the Chairman of JCB – a British multi-national that manufactures construction equipment – warned that sanctions against Russia could put hundreds of jobs within that one company alone at risk.

“Russia is a very important market for JCB and has been for more than 30 years. It appears that JCB is going to be affected by the decision to impose sanctions but to what extent, we are unable to say at the moment,” JCB Chairman Lord Bamford told RIA Novosti in a statement.

“It seems absurd that a leading UK exporter successfully selling machinery to construction companies and farmers in Russia could be affected so dramatically by EU sanctions coming out of Brussels,” Bamford said.

RBCC director Barton said that ongoing uncertainty over possible future sanctions was proving a concern for his members which include some non-departmental government agencies.

“The recent situation including sanctions has caused more difficulties, more issues for companies than they had before,” Barton told RIA Novosti.

“What is concerning for companies is that they don’t know what might further develop and keeping up with the requirements that sanctions impose is quite challenging, particularly for a quite small or medium business that is exporting into Russia,” Barton added.

“British companies now have to be quite careful to know what the ownership structure of companies they might be doing business with is. That takes time, it costs money, they have to take legal advice that in the past they wouldn’t need to get,” Barton told RIA Novosti. “It all makes business more challenging than it already was.”

“It sounds that for some companies, like JCB, they are being affected and they will take their own decisions in how they invest in the Russian market,” Barton said. “But it is a worrying time particularly for small and medium sized business who do need a certain level of predictability.”

Kawczynski told RIA Novosti that UK Prime Minister David Cameron has appointed him as “his adviser on central and eastern Europe”, but the MP seemed to know little about the impact the sanctions would have on British companies.

“There are presumably some ongoing discussions between the European Union and the Russian Government,” Kawczynski told RIA Novosti.

“From my perspective I am very keen to hear more about the ongoing discussions between the EU and Russia over the concerns the West has about what is going on in Ukraine. I think these discussions are clearly important in trying to go forward and avoid this situation whereby relations deteriorate and sanctions have to be imposed,” Kawczynski added.