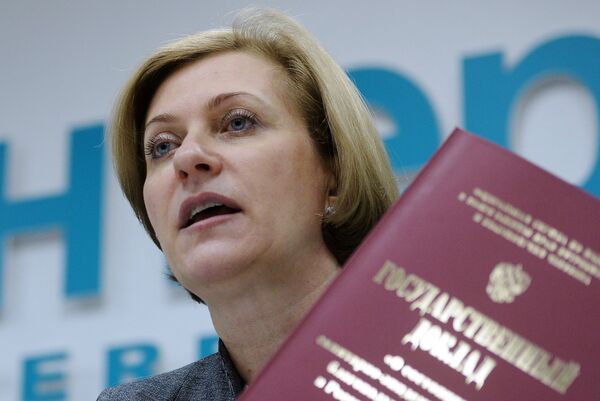 “The vaccine is being developed by the Vector State Research Center. As of today, it is in a stage of preclinical drug trials. The works are intensified now,” Popova said.

She added that there are currently no licensed drugs or vaccines for the deadly disease.

The worst Ebola outbreak in history started in February in Guinea and quickly spread to its neighboring countries.

Ebola has a fatality rate of nearly 90 percent. The virus is transmitted through direct contact with the blood, body fluids or tissue of infected animals or people. Symptoms of the disease include the sudden onset of fever, weakness, muscle pain, headache and sore throat followed by vomiting, diarrhea, rash, kidney and liver problems, and in some cases, both internal and external bleeding.

The UN’s World Health Organization (WHO) is doing everything possible to stop the virus from spreading across borders by bringing more doctors and epidemiologists to the most affected regions.