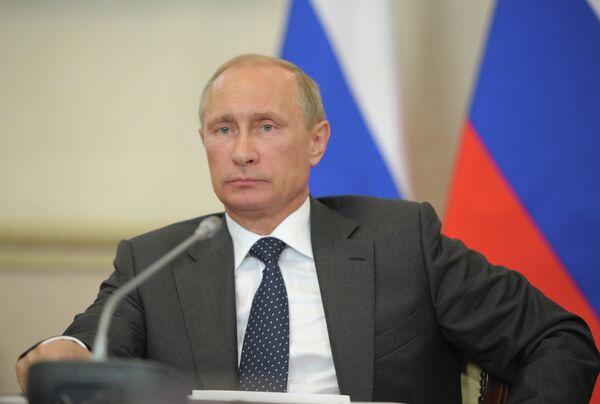 Russian President Vladimir Putin said Tuesday he has told the government to retaliate against Western sanctions.

“I have already prepared such instructions today,” the president said during a working trip to the Central Russian Voronezh Region.

“Of course, it should be done very carefully, so that domestic manufacturers are supported without detriment to consumers,” he added.

Putin said that the use of political instruments to put pressure on the Russian economy is “against all norms and rules.”

“Political instruments for putting pressure on the economy are inadmissible, this is against all norms and rules. In this respect, the Russian government has already come forward with an array of retaliatory measures to the so-called sanctions imposed by certain states,” he said.

The Russian leader said producers in various countries should be in an equal environment and this meets the national security interests and also the rules of the World Trade Organization (WTO).

In July, the United States and the European Union announced new economic sanctions against Russia amid the Ukrainian crisis. Moscow has repeatedly called such measures counterproductive and stressed that Russia was not one of the sides of Ukrainian conflict.