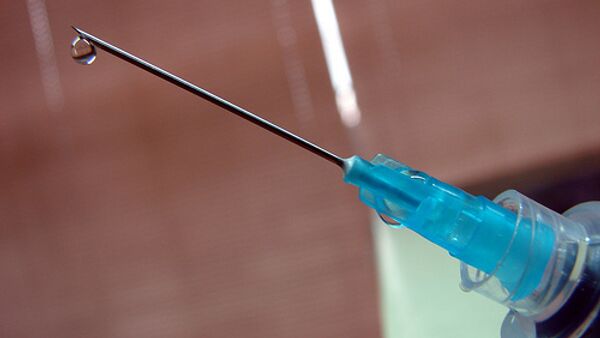 © Flickr / ZaldyImg
Subscribe
Two US missionaries infected with the highly fatal Ebola virus disease (EVD) while trying to combat the outbreak in early 2014 in West Africa are now being treated with experiential drugs at an isolation unit in Atlanta’s Emory University Hospital.

MOSCOW, August 5 (RIA Novosti) - Two US missionaries infected with the highly fatal Ebola virus disease (EVD) while trying to combat the outbreak in early 2014 in West Africa are now being treated with experiential drugs at an isolation unit in Atlanta’s Emory University Hospital.

“There’s a very scarce number of doses … I’m not sure how many doses they’ll get,” Anthony Fauci, the director of the National Institute of Allergy and Infectious Diseases, told Bloomberg.

With no known cure for Ebola, the experiential drug, ZMapp, is being administered to the two missionaries, Dr. Kent Brantly and Nancy Writebol, in its first-ever human trial. The two aid workers began their treatment in Liberia, where the US Food and Drug Administration, which has not approved the medication, has no jurisdiction.

ZMapp is made from antibodies produced by lab animals exposed to the virus and is aimed at boosting the patient’s immune system, according to The Independent.

World Health Organization (WHO) statistics indicate that as of August 1, Ebola whose fatality rate is 90 percent has caused up to 887 deaths, with over 1,600 reported infections spreading through Guinea, Sierra Leone, Liberia and now into Nigeria since it was first detected in West Africa.

According to WHO, the virus was first discovered in 1976 in the Democratic Republic of Congo and Sudan, but this time oddly began in Guinea. Fruit bats, a delicacy in some regions of West Africa, are considered to be the natural host of the Ebola virus, which is transmitted through close contact with the blood, secretions, organs or other bodily fluids of infected people or animals. People that recover from the virus can still transmit it seven weeks post-recovery a WHO Ebola fact sheet reads.

With incubation taking three days to three weeks, WHO advises people susceptible to the virus to not touch anything, avoid shared towels, avoid bush-meat and use protective wear, gloves and equipment if they are caregivers.

Following the outbreak, the presidents of Liberia, Giunea and Sierra- Leone did not attend the first-ever US-Africa Summit held in Washington from August 4 and attended by US President Barack Obama and nearly 50 African heads of state to discuss trade, security and governance, The Independent reports.