American Heavy Tanks to be Stored in Mountains of Norway - Reports 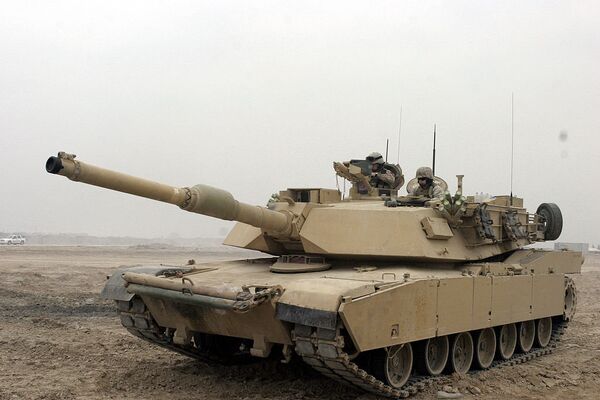 The cargo will include third-generation main battle tanks of the M1A1 Abrams type. This new, heavier equipment will replace trucks and personnel carriers which were previously stored in the mountain bunkers of Central Norway.

Local defense sources, cited by the Norwegian Aftenposten newspaper, say that the US’ decision to change war equipment stored in Norway was made on the basis of experiences from Iraq and Afghanistan.

Researcher Brett Ulriksen from the Norwegian Institute of International Affairs believes this new arrival to be a sign of the US grim outlook on the future of Europe. “This may well be related to the Ukraine crisis”, he told Aftenposten.

The US has a total of six storage units located in the mountains of Norway’s central Trøndelag region. In addition to this, US war equipment is stored at two Norwegian Air Force stations in the area, one of them being co-located with Trondheim Airport Værnes, an international airport serving Trondheim, the country’s third-largest city.

The storage units were built during the Cold War and were the subjects of major controversy at that time. The first US ship containing military equipment arrived in the area in mid ‘80s and was met with demonstrations from local residents and harsh criticism from Soviet press, Adresseavisen writes. Now, however, there seems to be little controversy surrounding this issue, as even the NATO-opposing Socialist Left Party agreed to sign a renewal of the storage deal in 2006.