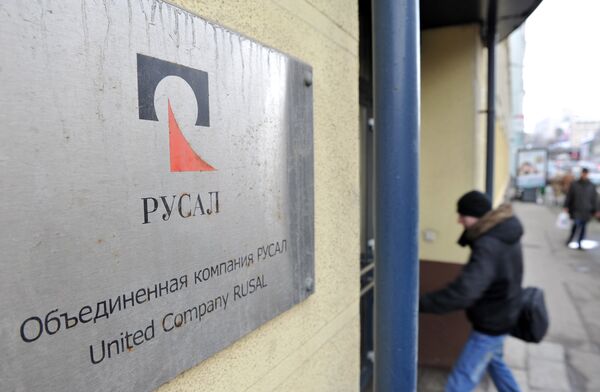 “We are pleased to announce finalization of the refinancing. Agreements reached with our lenders will allow to strongly improve the Company’s debt profile and maintain a sustainable cash position in anticipation of aluminium market rebound,” Oleg Mukhamedshin, deputy chief executive officer, director of strategy, business development and financial markets at UC RUSAL said in the statement.

The aluminum company will sign an agreement with its lenders according to which the two PFX will be combined into a single loan agreement.

Rusal also stated that unilateral agreement of all creditors to refinance the total of $5.15 billion loan, means the company no longer needs to obtain the approval through the court procedure.

Earlier, the debt deal was approved by 94 percent of the company's creditors, as Rusal did not manage to agree on debt with Royal Bank of Scotland and Germany’s Portigon.

After Rusal announced its decision to take the case to court, Portigon agreed to a deal.

Rusal, owned by Russian tycoon Oleg Deripaska, is a leading global aluminum producer formed in March 2007 through the merger of Russian Aluminum and Siberian-Urals Aluminum Company, with the alumina assets of the Swiss-based Glencore.