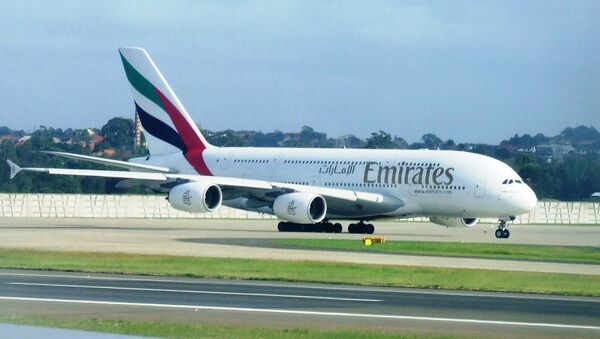 Emirates airline is indefinitely suspending flights to Guinea’s capital, Conakry, amid the Ebola outbreak, The National newspaper has reported.

“We apologize for any inconvenience caused to our customers,” the newspaper quoted an airline spokesman as saying. “However, the safety of our passengers and crew is of the highest priority and will not be compromised.”

Another airline of the United Arab Emirates, Etihad Airways, has not yet suspended its flights to the country.

“The safety and well-being of Etihad Airways’ passengers and staff is of paramount importance,” a spokesman said. “We are in regular contact with global and regional authorities.”

Doctors say the virus poses no great threat to the United Arab Emirates. They said the possibility that the Ebola outbreak could be registered outside West Africa is slim.

More than 1,300 people have been infected and 729 killed in the worst Ebola outbreak in history and is the first to have occurred in West Africa. The infection started in southern Guinea in February and spread to Liberia and Sierra Leone.

The UN’s World Health Organization (WHO) is spending $100 million on bringing more doctors, nurses, epidemiologists and logisticians to the region to stop the hemorrhagic fever from spreading — both inside the three stricken countries and across international borders.