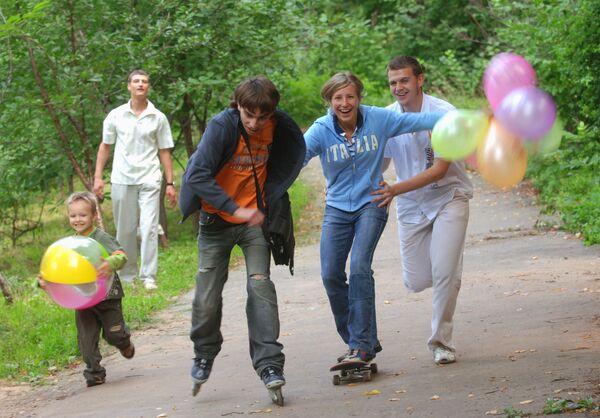 “Within the last three months, indices of social well-being have shown unprecedented growth, stabilizing at extremely high levels. In June the satisfaction index reached its all-time high of 79 points and the indices of financial self-assessment and social optimism, now at 76 and 77 points respectively, have also risen and stabilized at new highs,” says the poll.

The economic sanctions imposed by the US and EU over the crisis in Ukraine seem to have little effect on Russians. According to the polls, Russians are now far less concerned with the future of their country than they were last year.

The number of Russians who have not ruled out the possibility of a war with neighboring countries is now 23 percent of the population, up from just 10 percent last year. However, the number of those concerned about a Western military threat has held steady at 13 percent for the past eight years.

The VCIOM opinion poll was conducted in 2014, interviewing 1,600 respondents in 130 communities in 42 regions of Russia. Data are weighted by gender, age, education, working status and type of settlement. The polls have margins of error of no more than 3.4%.