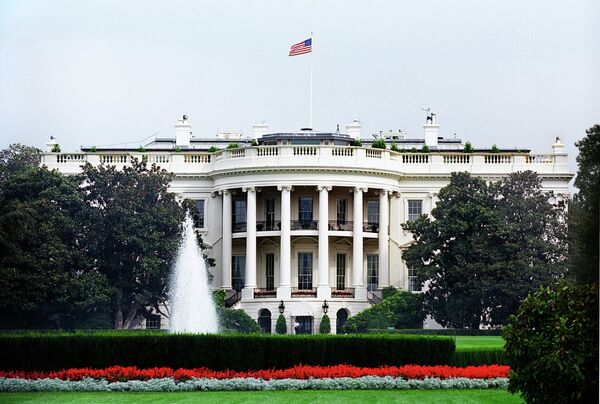 © RIA Novosti . Vladimir Fedorenko
/
Go to the photo bank
Subscribe
Washington is seeking a number of Asian countries to back new US and EU economic sanctions against Russia, The Wall Street Journal reported Wednesday citing a senior State Department official.

The US diplomat said he has met government officials in China, Singapore and South Korea this week to provide “a brief on what we've done, answering questions and seeking support,” according to the report.

"It's certainly our hope that countries in this region — which includes many significant financial and commercial centers — would join us in putting pressure [on Russia]," the senior official said.

The diplomat didn’t give details of the results of the talks but noted that "good and open exchanges of views" took place.

The US official is to hold similar meetings in Japan on Thursday and Friday, according to the newspaper.

Meanwhile, a spokesperson for South Korea's Foreign Ministry told The Wall Street Journal that Seoul hasn't committed to any sanctions against Russia. The representative added the talks with US officials involved not only Russia but also other issues, including Iran.

On Tuesday, the Chosun Libo newspaper reported that Peter Harrell of the US State Department arrived in Seoul in order to persuade South Korea to impose sanctions against Russia.

The same day, the United States as well as the European Union announced new rounds of sanctions against Russia, once again accusing Moscow of supporting militia forces in eastern Ukraine.

The EU agreed on a new set of sectoral economic sanctions against Russia, which will be published on July 31 and go into effect on August 1.

Russia’s envoy to the European Union, Vladimir Chizhov, said last week that the sanctions were “a road to nowhere” and Prime Minister Dmitry Medvedev said such actions toward Russia were a way to conceal protectionist measures in the interests of certain companies.