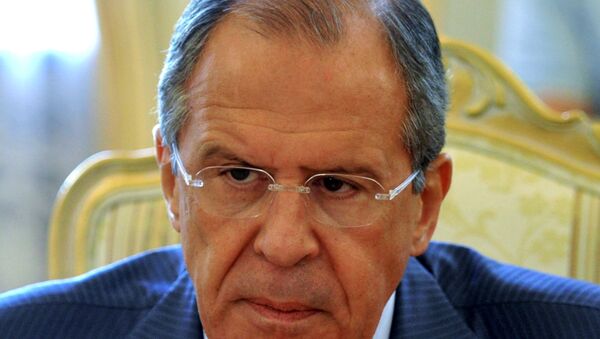 “Russia will continue doing its utmost to end the bloodshed and create conditions for the negotiations between the conflicting parties in accordance with the April 17 Geneva Accords made by Russia, the US, EU and Ukraine. The goal of this document is the immediate launch of a nationwide dialogue involving all the regions and seeking a political settlement that would ensure the rights of all the citizens and regions of Ukraine,” Lavrov said in Dushanbe.

According to the minister, Kiev authorities who carried out a coup in February ignored the requests of southeastern Ukraine to equal footing in long-anticipated constitutional reforms. Kiev is now seeking a military victory over the local defense forces forced to take up arms to defend their lands.

“The deep crisis in Ukraine is of high concern. Despite numerous warnings to our Western partners against attempts to make Ukraine choose between the West and the East, we were not heard. As a result, the country was plunged into a civil war,” Lavrov said.

Top diplomats from Russia, the United States, the European Union and Ukraine met in Geneva on April 17 to devise road map, which called for an end to the violence in the region, amnesty for all those involved in the fighting and a peaceful dialogue between the state authorities and independence supporters.

The resulting Geneva Accords did not stop Kiev from proceeding with its special military operation, resulting in more victims and forcing locals to flee conflict-ridden regions in Ukraine’s southeast.

Russia has called the Western-backed military operation against the protesters a “punitive act," repeatedly stressing that a complete stop to violence is the only way to start solving the country’s internal crisis.