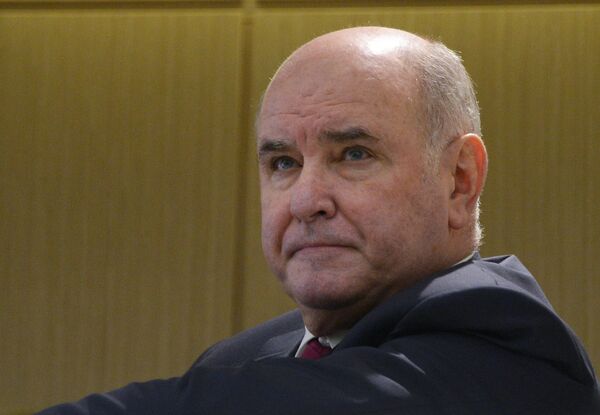 “Both sides expressed hope that the meeting in Minsk between representatives of Kiev authorities and independence supporters of the southeast with the participation of OSCE and Russia scheduled for July 31 will bring positive results. On top of the agenda are still a ceasefire at least in the area of the plane crash and establishing of the dialogue on assessment of the agreements reached in Geneva on July 17 and in Berlin on July 2,” the statement reads.

Karasin and Ederer also stressed the necessity of international efforts aimed at putting an end to the bloodshed and starting a constructive dialogue between Kiev and southeastern regions of Ukraine.

In a conversation with his German counterpart, Karasin underlined that Russia is doing everything possible to provide housing and temporary accommodation of Ukrainian refugees who fled to the neighboring country.

“The scale of the humanitarian crisis, however, forces to bring up a question of involvement of the relevant UN organizations, International Committee of the Red Cross, as well as the OSCE that has already deployed a mission to Ukraine in order to resolve these issues,” the document said.