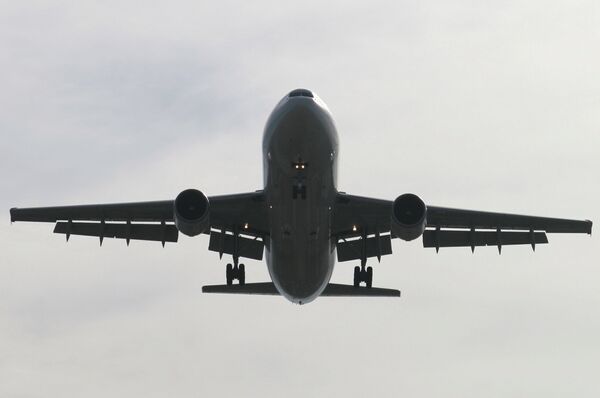 © Flickr / kingair42
Subscribe
International
India
Africa
Well-known US author and journalist Fred Kaplan in his artiсle "America's Flight 17" for Slate Magazine calls readers not to jump to conclusions on the Malaysian Boeing tragedy.

MOSCOW, July 30 (RIA Novosti) – Well-known US author and journalist Fred Kaplan in his artiсle "America's Flight 17" for Slate Magazine calls readers not to jump to conclusions on the Malaysian Boeing tragedy. Before accusing self-defence forces in Ukraine’s South-east of the Malaysia Flight MH17 downing, the international community has to recall one of the Pentagon's most inexcusable disgraces - shooting down the passenger aircraft Iran Air Flight 655 by the USS Vincennes, he writes. Whoever brought down the Malaysian airliner should be held accountable, stresses the journalist, just as the White House and the crew of the Vincennes should have been.

While the western mass media hastened to link the MH17 tragedy to the notorious Korean Airlines Flight 007, shot down by a Soviet Su-15 interceptor in 1983, the infamous Vincennes case remained unspoken.

"A quarter-century later, the Vincennes is almost completely forgotten, but it still ranks as the world’s seventh deadliest air disaster (Malaysia Airlines Flight 17 is the sixth) and one of the Pentagon’s most inexcusable disgraces," writes Fred Kaplan in his article "America's Flight 17."

Mistakenly identified as an attacking fighter jet F-14 the Iranian Flight 655 was shot down over the Persian Gulf in 1988 by the SM-2 surface-to-air missile launched from the USS Vincennes. As a result of the Iranian Flight 655 catastrophe 290 passengers were killed including 60 children. The author emphasizes that after the incident American top officials not only dismissed all the accusations but blamed the Iranian pilot. However, nearly seven weeks after the tragedy the Pentagon had to recognize that all the "facts" the American top officials were referring to in order to shift the burden of responsibility on the Iranians were wrong. Strangely enough, the Pentagon's 53-page report on the incident "still concluded that the captain and all the other Vincennes officers acted properly."

Although Fred Kaplan, the defense correspondent of the Boston Globe at that time, pointed repeatedly to the numerous embarrassing discrepancies in the Pentagon's narrative, the US senior officers qualified them as inessential. The most shocking fact, revealed in 1992 was that the USS Vincennes was in the Iranian waters when it shot down the Iranian Flight 655, not in international as the Pentagon reported in 1988.

"Vice President George H.W. Bush, who was running to succeed Ronald Reagan as president, said on the campaign trail, "I will never apologize for the United States - I don’t care what the facts are," cites Fred Kaplan and adds bitterly, "Not until eight years later did the US government compensate the victims' families, and even then expressed "deep regret," not an apology."

Those, who are responsible for the MH17 catastrophe should be held accountable, still "that doesn’t mean tagging them as terrorists or war criminals," stresses the journalist, "there’s a distinction between ghastly mistakes of war and monstrous acts of terrorism." Thorough investigation of the event should be carried out "but that requires realism on all sides, not indulgent theatrics or the forgetting of history," concludes Fred Kaplan.