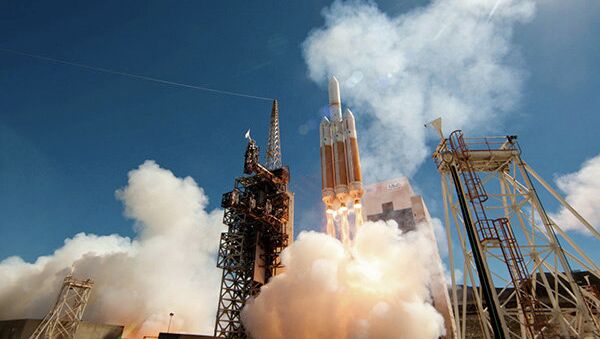 “We will learn a great deal about the geo traffic with the images produced from these two satellites,” Gen. William Shelton, commander of US Air Force Space Command, was quoted as saying by the news outlet. “Plus, they will be on the lookout for nefarious capability other nations may try to place in that critical orbital regime.”

The GSSAP spacecraft are designed to provide real-time space surveillance, monitoring debris in an orbit where the most important satellites are located.

The two satellites will operate in the 22,300 mile-high (36,000 kilometers) orbits along with other US national security spacecraft. At that altitude, satellites take 24 hours to complete one orbit.

he rocket’s launch had experienced four back-to-back delays, initially because of technical difficulties, on Wednesday, July 23. After that, storms prevented its launch on Thursday, Friday and Saturday. On Sunday the launch was put on hold. On Monday the weather finally cleared, allowing for the launch.