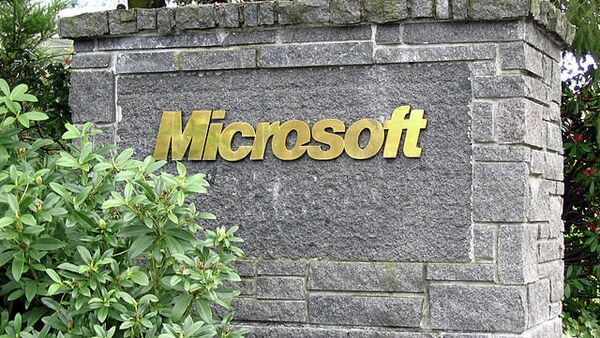 © Wikimedia Commons
Subscribe
International
India
Africa
A Chinese industry and commerce agency confirmed Tuesday it is probing US software giant Microsoft for allegedly operating a monopoly, according to The China Post.

MOSCOW, July 29 (RIA Novosti) – A Chinese industry and commerce agency confirmed Tuesday it is probing US software giant Microsoft for allegedly operating a monopoly, according to The China Post.

“According to legal regulations, the SAIC (State Administration for Industry and Commerce) has set up a case to investigate Microsoft for alleged monopoly actions,” the Chinese paper quoted the regulator as saying in a statement.

The inquiry came two month after China banned the use of the company’s Windows 8 operating system on government computers, citing security concerns. Up to 95 percent of operating system software in the country stems from Microsoft.

On Monday, Chinese investigators inspected Microsoft offices in Beijing, Shanghai, Guangzhou and Chengdu city, retrieving e-mails, files and other data from its computers and servers.

Later that day, the US software maker confirmed in a statement it had had a surprise inspection, adding the company was willing to "address any concerns the government may have.”

The SAIC announcement also said it had been alerted to reports from other companies, which it did not name.

The probe came just weeks after the US Justice Department charged five members of Chinese military establishment with economic cyber espionage, accusing them of stealing trade secrets of six US companies engaged in nuclear and solar power and metallurgy.

Chinese authorities also argued that the country regularly falls victim to hacker attacks itself, with some traces of these attacks pointing to US involvement.