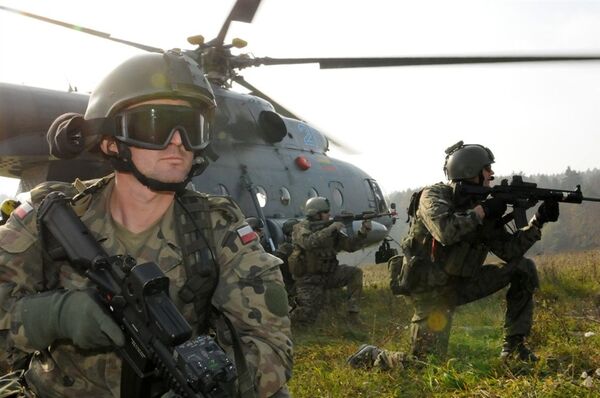 ‘The current events in Ukraine are being used by some nations to have NATO troops and additional planes deployed on their territory under the pretext of defense,” Makei said in an interview published Monday on the Foreign Ministry’s website.

“The recent events in the region, including eastward NATO expansion and the deployment of NATO groupings in neighboring countries, does not help strengthen security in the region, or the world,” Malei said.

The crisis in Ukraine has resulted in NATO undertaking a number of measures to strengthen the alliance’s presence in Eastern European countries under the justification of security concerns. Air policing missions of the Baltic States have been enhanced, with radar-equipped planes making regular flights over Poland and Romania. Additionally, more NATO warships have been sent to the Baltic and Mediterranean seas.

“We see it all and monitor. Obviously, in such situation the reaction will be appropriate,” Makei said.

“We have always heard NATO claiming that it doesn’t pose any threat,” the foreign minister added. “But look at the facts. In his time, Gorbachev was assured that NATO would not expand eastward, as well as other claims. As a result, he was fooled. Under Yeltsin, many also looked at NATO relations ‘through rose-colored glasses.’ As a result, NATO got close to Belarusian borders, to Russia and other states,” Makei said.

Following Crimea’s reunification with Russia, NATO has been systematically stepping up its presence near the Russian border, citing a need to protect its allies. This month the number of NATO ships on the Black Sea has grown to nine, setting a record for recent decades.

Moscow has repeatedly expressed concern over Western pressure on Russia in the wake of the crisis in Ukraine.