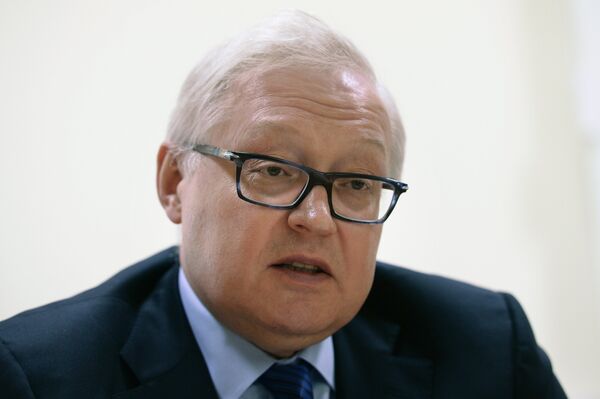 The possibility of the United States granting Kiev a status of a main ally out of NATO may destabilize the situation in Ukraine, Russian Deputy Foreign Minister Sergei Ryabkov told Rossiya Segodnya International News Agency Monday.

“It will not give the sought outcome, will further destabilize the situation,” Ryabkov said.

Last week, Mykola Malomuzh, the former head of Ukraine’s Security Service’s Foreign Intelligence told the UNIAN news agency that the United States may grant Ukraine a status of a non-NATO privileged non-aligned military partner in a matter of days.

"Exactly this time period when we conduct all the operations I think this aid will be already coming, including with military hardware. It will arrive some time later," Malomuzh said.

Malomuzh said citing his own sources in Washington that the US Senate and the Congress supported this decision and could approve it in the coming days.

According to Ryabkov, “the question is not what and how much arms are pumped to Kiev authorities, rather why it is done.”

“The matter is that without a political dialogue, decent constitutional reform, there will be no stability or peace in the region,” Ryabkov stressed, adding that the “energy currently used to promote the idea of granting Ukraine a status of a privileged non-NATO partner, would be better aimed at peaceful goals, at enlightening Kie and launching what the entire situation is crying for.”

As of now, Ukraine retains its non-aligned status, as stipulated in its laws. Kiev cooperates with the alliance as part of the NATO-Ukraine Commission (NUC).

Amid the Ukraine crisis, NATO adopted a range of measures that the alliance said were aimed at protecting allies. In particular, NATO enhanced air patrols of the Baltic states and sent additional ships to the Baltic and Mediterranean Seas.