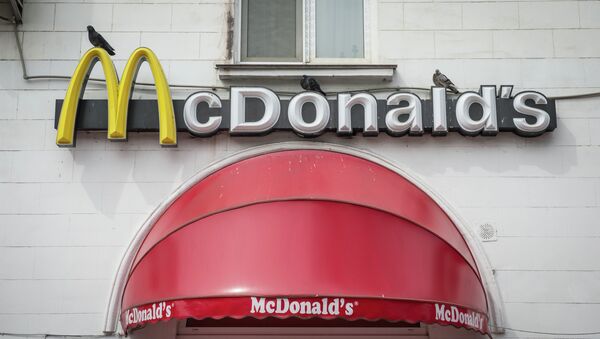 Earlier Monday, Rosselkhoznadzor said it introduced an intensified monitoring over the dairy products, including cheese, imported by Russia, explaining that the reason for the move is that products have been falsified.

Falsified products were found in supplies from Germany, the Czech Republic and France.

“For example, in the products of Belgium’s Campina (№183), delivering milk mixtures for McDonald’s in Russia, we have found a large number of antibiotic residues of tetracycline group,” said Alexei Alexeyenko, aide to Rosselkhoznadzor head.

“We have taken under increased control not only dairy suppliers of McDonald’s from EU countries but also meat suppliers,” Alexeyenko said.

The McDonald’s press service said the company buys 80 percent of its cheese and cheese products in Russia, and the main supplier is Hochland Russland. Some supplies come from Germany and the Czech Republic.

The consumer watchdog, Rospotrebnadzor, said that McDonald’s products contain more fat, protein and carbohydrates than are allowed by the country’s «technological norms.»

The case was brought up following a planned inspection in May of two McDonald’s restaurants in the city of Veliky Novgorod, located 330 miles northwest of Moscow. A preliminary court date is expected in August.

Health and consumer groups have in the past criticized McDonald’s for its menu and business practices.