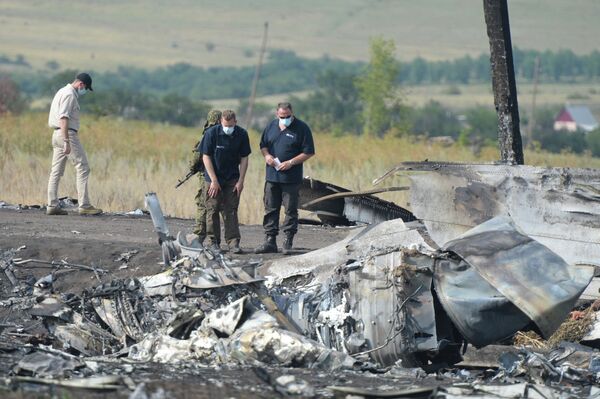 “We hope that sensibility will prevail and on the foreground we all put the task of explaining the truth, holding an absolutely unbiased investigation without any attempts to anticipate its results. We hope that our partners, who have said long ago that they have some sort of incontestable information, will make this information public and open, and won’t cite confidentiality, secrecy or any other reason," Lavrov said during a briefing Monday.

Lavrov also noted that details on the international crash investigation mission needed to be agreed on with the UN Security Council.

“We are sure that the parameters of this international mission, which will be helping organize the investigation, needs to be thoroughly agreed upon with the UN Security Council, and must lean on their authority and must be given guarantees in safety, which the United Nations Organization’s higher organs may and should provide," Lavrov said.

On July 17, Malaysia Airlines flight MH17 en route from Amsterdam to Kuala Lumpur was downed and crashed near the city of Donetsk in eastern Ukraine, killing all 298 people on board, including 283 passengers and 15 crew members.

The UN Security Council condemned the downing of the passenger plane and unanimously voted in support of a thorough and independent international investigation of the incident “in accordance with international civil aviation guidelines."

Ukrainian government and militia have been trading blame for the alleged downing of the airliner, with independence supporters saying they lacked the technology to shoot down a target flying at altitude of 32,000 feet.

The West suggests the conditions for the downing of the plane were created by Russia as it allegedly supplied independence supporters in Ukraine’s east with weapons.

Moscow has repeatedly warned against making hasty conclusions and politicized statements related to the crash and called for an impartial investigation into the circumstances surrounding the tragedy.