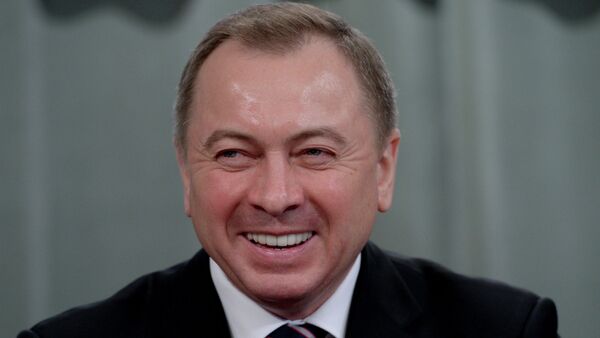 “We are interested in creating a common market without any restrictions as soon as possible. At least by 2025 in accordance with the agreement on the establishment of the Eurasian Economic Union,” Makei said.

The foreign minister stressed that even though Belarus is not fully satisfied with the current version of the agreement it still sees the deal “as a step forward.”

He elaborated that “for Belarus participation in this deal is beneficial as it opens new prospects for the country’s economy.”

Makei expressed certainty that all the contractual arrangements with Russia would be finalized as the two countries have already signed a number of corresponding legally binding agreements.

On May 29, Russia, Belarus and Kazakhstan signed the treaty on the creation of the Eurasian Economic Union, which is to enter into force on January 1, 2015.

The EAU envisions a common economic market with the potential to become a new and influential region of economic growth and development.