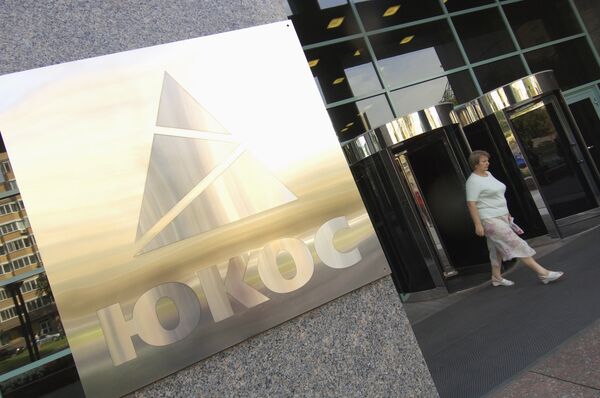 The court has unilaterally decided to satisfy the lawsuit by Group Menatep Limited (GML), ruling that Russia violated the Energy Charter Treaty and expropriated Yukos' assets. The court agreed, however, that Yukos tried to partially evade taxes through fake firms in Mordovia.

The ruling provides that Russia had to abide to the Energy Charter Treaty, which covers trade, investment protection and transit rules, as well as dipute resolution on a multilateral basis. However, Russia had said when signing the Charter that it was putting the document into use on a temporary basis as long as it complied with state laws and would not ratify it until certain issues were settled.

The shareholders will now get $50 billion in compensation and claim costs reimbursements of $65 million, the paper writes.

Russia must pay the compensation by January 15, 2015, after which the sum will start accumulating interest. The decision may be appealed in the courts of the Netherlands.

Russian authorities accused the management of the largest oil company at the time of economic crime in 2003. Several company's executives were jailed and then convicted mostly of tax evasion in 2005 and embezzlement and money laundering in 2010.

Yukos managers contended that the Russian government illegally forced the oil firm out of business and bankrupted it, which allowed state-controlled oil company Rosneft to snap up the bulk of its production assets and become Russia’s largest oil producer.

Yukos founder Mikhail Khodorkovsky, had spent a decade in prison for fraud and tax evasion until he was released earlier this year. He consistently denied all charges against him, saying he was punished for supporting the tiny pro-Western opposition, and that the liquidation of Yukos was engineered by corrupt government officials aiming to seize lucrative oil assets.