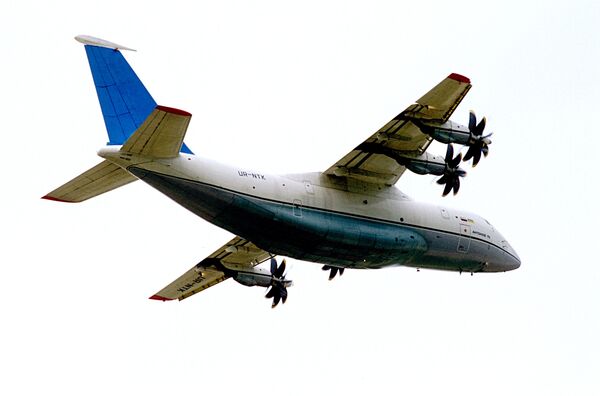 Ukraine's rejection of military-technical cooperation with Russia and its westernization will destroy the country’s economy, Commander-in-Chief of the Russian Air Forces said.

"I think that Ukraine’s rejection of the military and technical cooperation is harmful for Ukraine first of all, as it will lead to downfall of the country’s economy. I presume that after some time all these aspirations to become partners with the West will end up badly. Nobody needs them [Ukraine], except Russia," Lt. Gen. Viktor Bondarev said on Sunday.

"In any case, it shall mainly hit the people of Ukraine," the commander said, noting that the West has its own competition and long established relations.

When asked about the fate of the Russian-Ukrainian project of the transport aircraft Antonov An-70, Bondarev said that "we’ll do without the An-70 easily. We do not see anything tragic in the fact that this plane is not been finished. If they want to stop the development, then let it be.”

The An-70 development is one of the oldest projects in the post-Soviet aviation industry. The development of a new aircraft began in 1980, when the question arose about the upcoming replacement of An-12, created in the 1950s.

The new aircraft made its first flight in 1994, after the collapse of the Soviet Union. Constant lack of funds for the project and some technical difficulties pushed away the start of the manufacturing production all the time.

In 2009, an intergovernmental agreement on the resumption of work on the project was signed at MAKS International Aviation and Space Salon. In July 2014, the Ukrainian state enterprise Antonov announced the cessation of the An-70 tests.