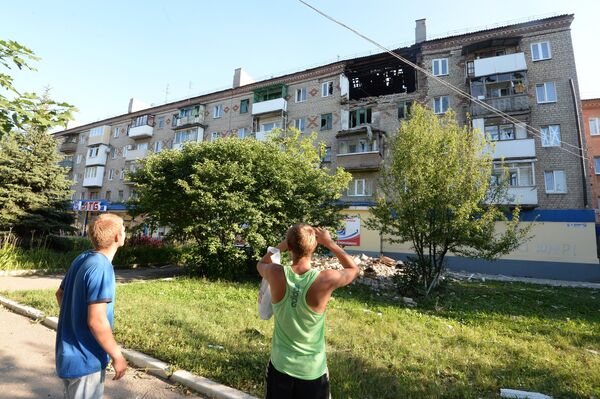 An electrical substation on the territory of the Tochmash plant in Donetsk has been mined. With the continuing shelling, the local railway station, airport and other city infrastructure risk to be left without power.

Electricians have been waiting for a green corridor to fix the outage since early morning, but the fighting never stopped.

Kiev authorities launched a special military operation in the east of Ukraine in mid-April in a crackdown on the independence movement. Hundreds of people, including civilians have died in both regions over the past months.

Moscow has described the ongoing military action as a punitive operation and has repeatedly called on Kiev to put an immediate end to the bloodshed. Russia’s Foreign Ministry has also urged the international community to intervene and investigate the crimes against humanity that occurred in Ukraine in recent months.