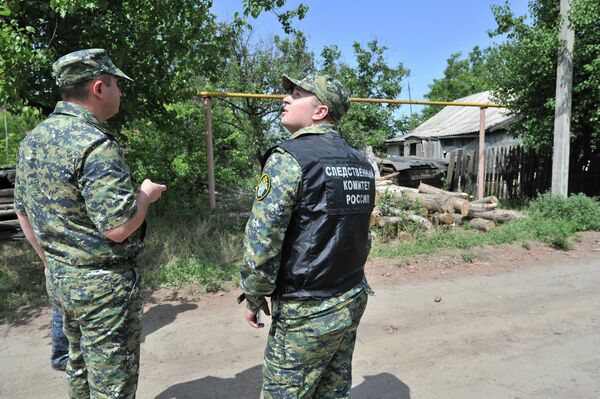 “Six houses were damaged as a result of the shelling, with one house almost completely destroyed. There are no casualties,” Vasily Malaev said.

Russian Investigative Spokesperson Vladimir Markin said earlier on Friday that a total of 47 mortar rounds were fired at a team of Russian investigators and another wave of 32 mortar rounds hit the same area later.

Earlier this month, Moscow invited OSCE observers to assess the situation on the Russian-Ukrainian border, which has been hit multiple times by the Ukrainian artillery and mortar fire. In one of the more recent incidents, one civilian died and two more were injured in the Russian city of Donetsk in Rostov region bordering eastern Ukraine.

Moscow condemned the attacks, saying that such provocations could have irreversible consequences.