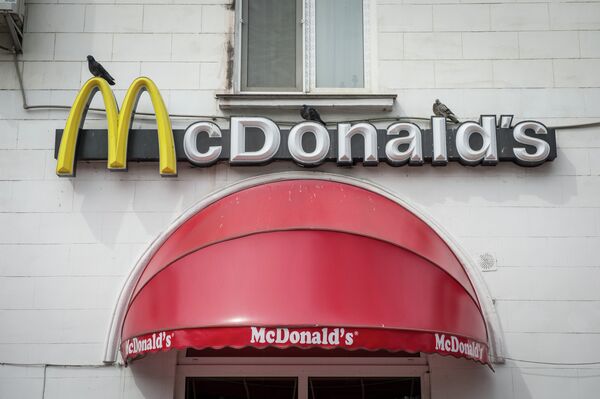 Major fast food chain McDonald’s may be banned from serving burgers in Russia, if a Russian consumer rights watchdog court case against the company is successful.

MOSCOW, July 25 (RIA Novosti) – Major fast food chain McDonald’s may be banned from serving burgers in Russia, if a Russian consumer rights watchdog court case against the company is successful.

The consumer watchdog, Rospotrebnadzor, said that McDonald’s products contain more fat, protein and carbohydrates than are allowed by the country’s “technological norms.”

The case was brought up following a planned inspection in May of two McDonald’s restaurants in the city of Veliky Novgorod, located 330 miles northwest of Moscow.

A preliminary court date is expected sometime in August.

Health and consumer groups have in the past criticized McDonald’s for its menu and business practices.

According to Morgan Spurlock’s 2004 documentary “Super Size Me,” McDonald’s food played a big role in contributing to obesity in society. The film documented a 30-day period, during which the film’s director ate only McDonald's food. The movie revealed the drastic effects of such consumption patterns on the one’s physical and psychological well-being.

In 2014, French news magazine L’Express reported that McDonald’s tried to avoid paying taxes in France, an accusation that the fast-food chain denied.

Earlier this year, McDonald’s had to remove certain products from its Chinese menu when the company found out that its supplier was using rotten meat.

The McDonald’s corporation, founded in 1940, is the world’s largest fast-food chain. It has more than 35,000 outlets in 119 countries. McDonald's annual revenue exceeded $28 billion in 2013.

As of 2014, 424 of the chain’s branches operate in Russia. However, according to a poll conducted by SuperJob’s Research Center, 62 percent of Russian respondents would support the closure of all McDonald’s restaurants in Russia.