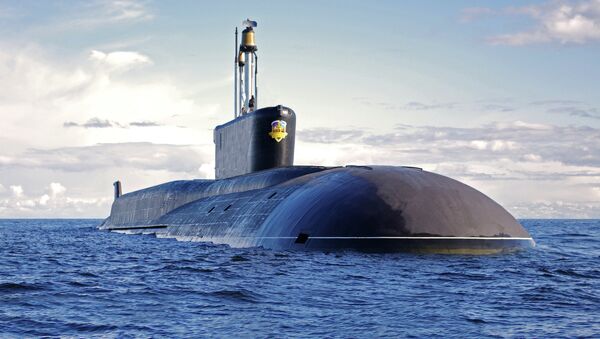 Construction of the Severodvinsk began in 1993, but its completion was significantly delayed because of limited funding as a result of economic problems Russia faced in the 1990s. The submarine was finally launched in 2010.

The submarine, whose rivals are the US Navy’s Seawolf-class and Virginia-class submarines, is equipped with the Russian equivalent of the US Tomahawk missile, which can carry a nuclear warhead and has a firing range of up to 3,000 kilometers (1,800 miles).

The Yasen-class submarine also has additional missiles that can be used for high-precision strikes against ground targets.

The Borei-class Alexander Nevsky submarine began trials in October 2010. It was involved in test-firing Bulava intercontinental ballistic missiles, which all Borei-class submarines are equipped with. Aleksander Nevsky is the first series-built submarine of the Borei class.

Russia has been stepping up the development of its navy since Crimea became part of the Russian Federation in March. In addition to the Russian naval base in the Crimean city of Sevastopol, Russia is developing a port in the country’s southern city of Novorossiysk, so that part of Russian’s Black Sea Fleet vessels and troops could be deployed there.

Russia is also awaiting the delivery of two French-made Mistral-class assault carriers. The first one, Vladivostok, is expected in St. Petersburg in October, where it will be equipped with Russian weapons. The second carrier, Sevastopol, should be delivered in 2015.